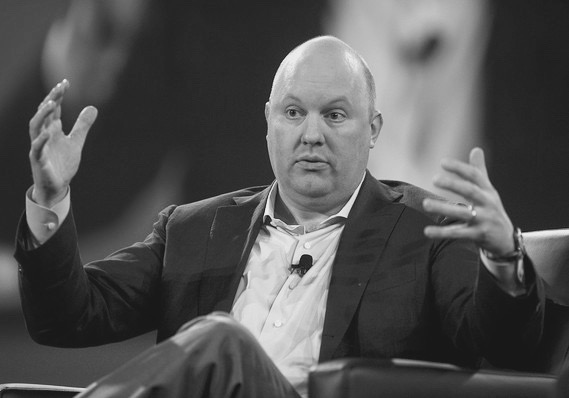 The next future is always around the corner, according to multimillionaire entrepreneur and investor.

It is said in surfing that if you don’t like the current wave, just wait–there will be another right behind it. In 1993, Marc Andreessen landed in Silicon Valley and thought there was nothing left to do. The PC market was flush with providers, all of the software needed to operate the PC was being provided by Microsoft, Novell, and Lotus, and there were mature game companies including EA (Electronic Arts).

As you look back now, it seems obvious there would be another wave. But Marc was not so sure. Marc is one of the fathers of the internet (at 22) as the creator of Mosaic (the first web browser–think Chrome and Safari), which morphed into Netscape, later sold to AOL for more than $4 billion. In other words, Marc is a wave maker.

Marc has since gone on to start a number of companies that were later acquired, and he’s now one of the premier investors in the world through his venture firm, Andreessen Horowitz, which holds or has held positions in Twitter, Facebook, Zynga, Skype, Groupon, Pinterest, Airbnb, Instagram, and many more.

In a Tim Ferriss podcast interview a few weeks back, Marc was asked about his views on the 90s and what it means for future waves. As an entrepreneur, investor, and community builder, I was reminded we learn much from occasionally looking back and reviewing past waves.

When I operated an investment fund from 1995-1998, the technology leaders were Microsoft, IBM, AOL, and soon to be Yahoo. Google was just being formed (1998), Apple was still a PC company with single-digit market share, and Mark Zuckerberg was 13 years old.

The point of this look back is that with historical context, one can see there is forever another wave. AOL was replaced by Yahoo, which was replaced by Google, who now splits time with Facebook, who is under pressure from SnapChat.

Are you a startup enthusiast who is camped out on the far reaches of the technology frontier? As a frontier camper, you invariably vacillate between excitement and fear. (Welcome to the Wild West.) The great news is that there are new waves now building around artificial intelligence, robotics, alternative currency, and food.

Look around your world and find the intersection of what you know and these next waves. Then grab your board, kick your feet, and start paddling–the ride will be exciting.