Moogfest: How The Startup Community in Durham NC Connected With An Iconic Brand 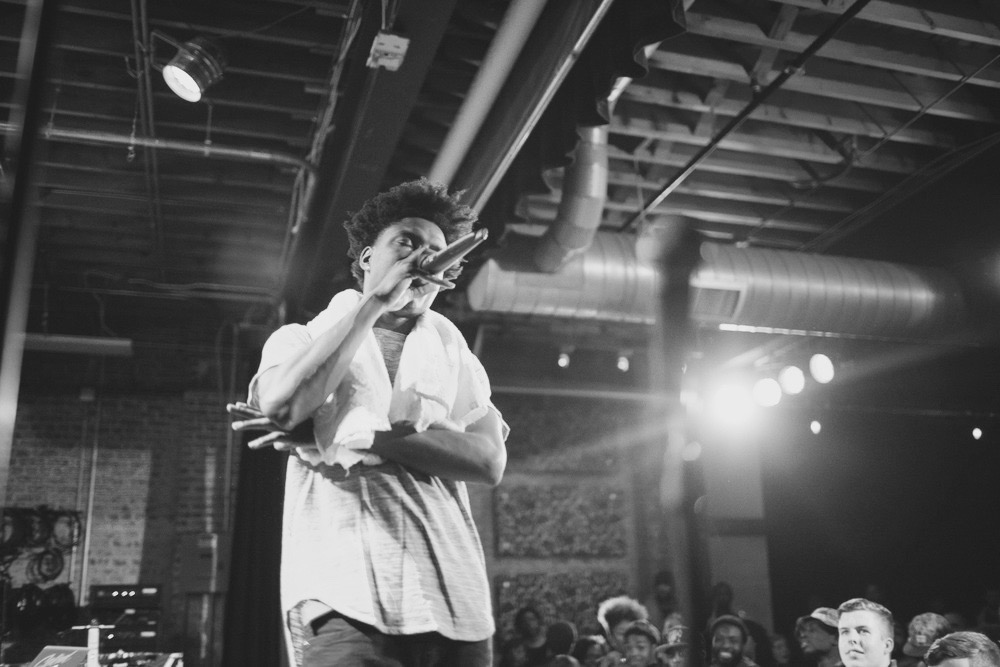 Starting anything successful takes a little vision, a lot of passion and a sometimes a little timing.

Mashup festivals have been the rage for quite some time now; I am referring to events like SXSW that combines music, technology and film and TED – a mashup of Technology-Entertainment-Design. For many communities these festivals serve as some sort of badge of honor.

In the spring of 2012, a few of my community leader colleagues and I were catching up over beers and someone shared the thought, “what if we all did a festival that showcased our startups, our growing foodie presence and maybe throw in a little music”. I am sure you have been part of those conversations. It’s very similar to “hey, wanna build a fort” or “we should put a band together”.

Except now we are adults. And this festival building activity turns out to be really hard. Let me remind you hat we all have day jobs. Knowing this we looked each other in the eye and committed 5 years to seeing if we could generate interest and a little momentum.

The difficulty of starting anything was not lost on that first core group of Adam, Casey, Joan and I. Over the course of a few weeks we outlined the MVF (Minimal Viable Festival) for 2013. As one of the Managing Directors for a Startup Accelerator, I threw in our Demo Day. Casey as the President of the Durham Chamber of Commerce offered her annual “future of Durham” event. We filled the rest in with some fun and some key allies (creative Dave who made it all look mature and Taylor). We called it Paradoxos – absurd yet seemingly true.

Year one saw about 600 people show up (with some killer rain), year two saw close to 2,000 people participate with a few more events added including a funky reverse job fair called Big Top.

But then something surreal happened and gets to the point of why you start something that may seem small and inconsequential at first but many times evolves into something much bigger than you could have imagined.

For many years the Moog music company (Bob Moog founder and inventor of the synthesizer) held their version of a festival mashup called Moogfest (the synthesis of music, art and technology).

Moogfest began in 2004, marking the fifty-year anniversary of Bob’s first homemade theremin. It started as a one-night party in New York City for Moog friends and musical collaborators. It grew organically into a semi-annual celebration of Bob Moog’s work and his community of synth enthusiasts. In 2010, Moogfest moved to Asheville and adopted a multi-venue festival format for electronic music, including a wide range of artists influenced by the analog synthesizer. By 2014, a different context for Moogfest had emerged – no longer was the music festival a sufficient platform for experimentation and conversation.

The Moogfest team began to reimagine the typical music festival and tech conference by taking the best of both formats. And that is where the conversation got started in 2014/2015. Mike and Emmy from Moog and the Durham crew got to talking about helping each other out. Close to a year later and with the support of so many in the Raleigh/Durham area Moogfest had moved to Durham as we folded in our Paradoxos activities.

Durham is one of the fastest growing and most exciting cities in the country, built on a unique blend of diversity, authenticity, world class innovation, and culture. The city has reinvented itself from tobacco to tech.

In 2016, the new Moogfest launched with over 10,000 attendees – quite a jump from the 2,000 from 2014. Not bad for a bunch of community dreamers. This year Moogfest will be held again in Durham from May 18th to 21st (with a Big Top Networking event on May 17th that is free to everyone).

This story exemplifies the reason you get started with anything. You never know where it might go and how big it can get. There really is little difference in creating a product, starting a company, or even a community festival. It always starts with the question, what if . . .