My Business Just Failed. What Do I Do Now? 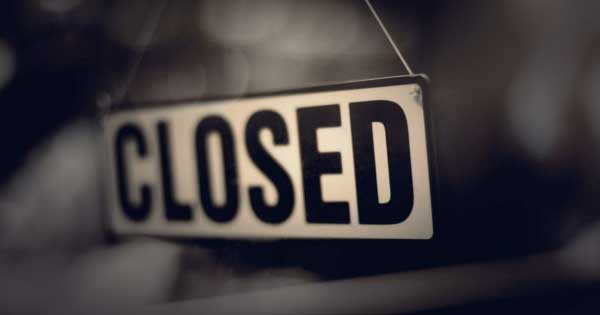 Faced with another change in career, I embarked on a cross-country networking tour.

On a sunny Monday afternoon in September, Dave and I sat at Cuban Revolution and had a brief discussion about the future of our five-year-old business. It was one of those moments that every business has at least once in its journey that begged a simple question, should we go on or close the business?

The Startup Factory is/was a seed venture fund that has a heavy mentorship component. Some call these accelerators today. Over the previous four years, we had made 35 investments with founders all over the United States, all of which put their faith in us (as we did with them) to help them launch their company. As a by-product, we had also played an instrumental role in developing the local Raleigh/Durham entrepreneurial ecosystem. We connected with thousands of founders, investors, advisors/mentors, service providers, and government officials. We were connected and a go-to resources for many.

This was a big decision. One in which there were both personal and business repercussions. Our personal brands were at stake and maybe even the future of our local ecosystem.

That sunny day in Durham, NC, we made the decision to halt all new investments and to suspend our efforts to raise a new fund. The decision took all of five minutes. We knew in our hearts we were done. Two weeks later we hosted a wake to celebrate our impact and a week later I was off the grid for four weeks to decompress and consider next steps with a clear head.

What do I do now?

As I know it, there were two major choices I could make:

I have been in this position at least five times in my professional life. It is both exciting and scary. The unknown is a scary proposition for anyone regardless of your financial position. Our brains are inherently evil and create tons of worst-case scenarios. Then there is that self-doubt that creeps in whenever considering something totally new. Ever hear this voice, “Why do you think you can do that”?

Let me be clear, the choice to sit at home, check email, maybe write a few Inc. articles and watch repeats of NHL On The Fly all day can be rationalized in a second. Like most of you, I had to fight that urge.

What did I do? I made the choice to embark on a tour through my network.

You see I invested heavily in connecting with lots of people over the past 7 years. I made introductions for them. I offered advice to them when asked. I joined them for drinks, coffee, lunch and dinners to talk about life (business and personal). I supported their efforts to accomplish whatever they were working on. These people know me, trust me, respect me, and even like me. So I double-downed on connecting with my network.

I reached out to my close network first to warm up. Every one of them wanted to know what I was going to do next. They were excited for me. I had three or four ideas I was batting around in my head and I freely shared those ideas with them for feedback. (Socialize your ideas without fear or inhibition is Lesson One in my book, Build The Fort.)

Then I went out on the road to talk to people outside of my close network. I needed to get out of my own local echo chamber. I combined these stops with some speeches about startups, investing and community building. I was in Washington, DC, Norfolk, VA, Charlotte, NC, Boone, NC, Wichita, KS, Boulder, CO. I used Google Hangout to connect with friends in California, Texas, Colorado, and New York. In each and every one of these connections, I shared my ideas and listened.

Out of this amazing journey, I have a clearer picture of what impact I will have next. I can’t wait to share that story in a few weeks.

This is why you build a network. This is why you invest and engage in your network. In good times and bad, the network is there to serve you . . . as you have served it.