The #1 Challenge For Your Company In 2017, And It’s Not What You Think 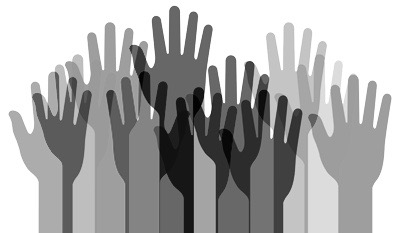 Inclusion is both an opportunity and a perplexing challenge.

Building your business is crazy hard with so many challenges to overcome. A recent First Round Capital survey indicated that hiring talented people, acquiring customers & driving revenue, and raising follow-on capital are the major tasks looking forward to 2017. For any CEO/Founders out there you should now respond with an obvious “duh”.

For the sake of this article, lets group customers, revenue and fundraising in one category and set it to the side. Every CEO struggles with these basic business-building tasks and 2017 will be no different than any previous year. Fundraising opportunities should not change dramatically from 2016 and identifying and acquiring customers is difficult at any time.

At the risk of taking one survey of over 700 early stage companies and drawing overly dramatic conclusions, I found some major discrepancies in Founder/CEO’s impressions and actions with regards to hiring. This does not bode well for you (or them).

Let these numbers roll over you for a few seconds before I dig in a little deeper.

What I am hearing is that hiring great people is a primary concern and that most expect to substantially increase the size of their company from a base that is still relatively small. In other words, most CEO’s will embark on a business exercise (recruiting) that rivals product development, sales or marketing.

OK, big challenge indeed as I expect most CEO’s or executive teams have limited experience in terms of a challenge that difficult. Now the news gets worse:

And now the killer stat . . . 86% of companies have no formal plan or strategy to promote diversity and inclusion. Don’t think of this as a moral or ethical concern.

Diversity and Inclusion are a recruiting concern and the #1 challenge for companies in 2017.

If you are a CEO or part of an executive team that will double your staff in 2017, you best find ways to broaden your candidate funnel or you will either miss your hiring goals or lower your hiring standards to fill your open positions. Either way you will have failed your mission.