The Day Ego Got Me Fired 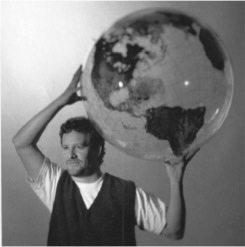 There are good reasons and crappy reasons why you get fired. Ego should not be one of them.

I am one of the executives responsible for bringing MapQuest to life. I actually have both a bachelors and masters degree in geography, but don’t put me on your trivia team. I don’t know all of the state capitals or the major European rivers.

What I did was spend an inordinate amount of time in the computer lab trying to get a variety of computer platforms to display, then draw maps. I think I had 12 hours of computer science as a geography major. In 1981 this was unheard of. I like to think that I was one of the earliest of map geeks.

My computer cartography journey takes me from the US government to a private mapping company through MapQuest and then Rand McNally–the mother of all mapping companies. But that was for the 100 years leading up to the late 90’s. Ask anyone younger than 20 if they have even heard of Rand McNally. (It makes me cry a little.)

When I joined Rand McNally in 1999, we were woefully behind not only MapQuest but Yahoo!, the leader in web mapping. This is before Google jumped in. Our challenge was immense but we saw opportunities.

By 1999, I had a long history of top-notch product development in the map industry as well as the requisite general management skills acquired in building great teams. I had a decent P&L responsibility > $20M and all that that entailed. In addition, I had spent the previous four years leading a $25M corporate venture capital fund focused on Internet companies primarily in and around San Francisco.

In other words I thought I was hot shit.

Read the rest of the article and find out how big an idiot I was 10 years ago.  Let the comments begin!